By now many people around the world have wondered about what a ladyboy in Thailand really is. And I’m well aware that many guys are curious to know more about them. I have even received many emails where guys are asking about their personalities and how they are.

And to be honest, I can understand why some guys have thought about them. Because some of the ladyboys can look hotter than the women in Thailand. And there is a lot of them around. Especially in the major cities and tourist hot spots. A great read on South East Asian Ladyboys is at ladyboyway.com.

So after all this hype I wanted to write a full article about ladyboys and hopefully answer many of the questions out there. Some people think that a ladyboy is a gay man. And let me tell you that this is not really the case in Thailand, and there is a difference according to what most people think.

What is a Ladyboy?

A ladyboy is also called a Katoey in Thailand. This is a genetic man, that is internally feels as if he is a woman. Another term for this can be transgender.

A ladyboy feels that he is a woman stuck in a male body. And they don’t like to called a “he”. They prefer to called a “she”. They also don’t like the reference of being gay. From my experience talking to them they don’t think they are gay. They actually believe (and feel) that they are a woman inside man’s body. 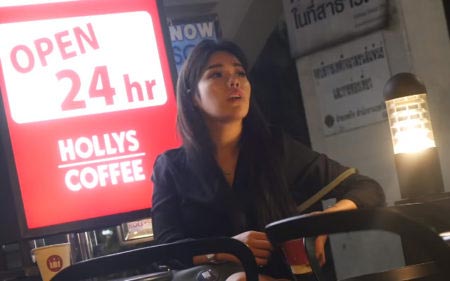 The interesting thing is that they would prefer to have a straight man as their boyfriend/husband. Again, this is because they actually feel like a lady inside. Most of them have told me that it is a huge turn-on when they hook up with straight guys. This says a lot about their mindset and how they view themselves. It is also interesting that many straight guys are curious about them. Many have even hooked up with them.

So one of the questions to straight guys is: Would you hook up with a ladyboy? or no…this is the question that is getting a lot of attention in many guys minds in Thailand.

Ladyboys are widely accepted all over Thailand. And this in part, is due to the open and accepting nature of the Buddhist religion. Ladyboys are not only accepted, but they are part of society. Very often you can see them working regular jobs, and doing things that “normal” people would do — all accepted by the Thai people.

Ladyboys in Thailand are free to express themselves and are generally left alone and not harassed because of their situation. This has left them very exposed to all tourists and people who get to see them in Thailand (or hear about them online). And of course this has caused a lot of intrigue from lots of gay men, and even straight guys.

As many of you guys already know, Thai ladyboys can be seen in many of the foreign oriented entertainment areas. Many work in the bars and massage shops.

You can also find plenty of them freelancing in the streets or online looking to meet foreign guys. To the average tourist they may not even recognize a ladyboy from a normal Thai lady. Thailand has some of the hottest ladyboys in the world. The reason for this is because it has some of the best gender reassignment surgeons in the world. And not only that, but the surgeons know very well how to make them look super feminine. But as they age they tend to lose their feminine features, and the male features start to show more. See the picture below: 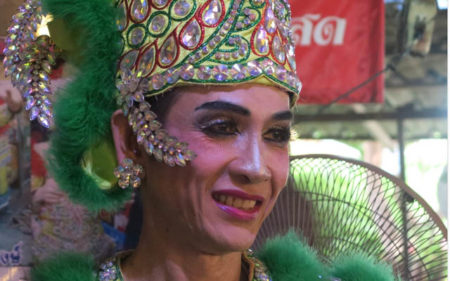 Due to some amazing surgeries available in Thailand, many ladyboys have access to doctors who can transform them to women. And with the advancement of hormone therapies, many ladyboys are taking them to further boost their feminine features. Now there is even surgery to make the vocal chords. It makes their voice sound more feminine. This results in them sounding like a woman. Yes, it can be even harder now to spot a lady in Thailand!

The term post-op refers to a ladyboy who has had gender reassignment surgery and is now a “woman”. The male genital organs have been removed, and it looks and feels as if it is a woman’s genitals. So when a man sleeps with a post-op it is known to feel similar to doing it with a real woman.

Pre-op means that the ladyboy still has her male genitals intact. Usually they will hide it well under their clothing/underwear and you will barely notice anything by just looking at them.

Ways to Spot a Ladyboy

Learning to spot them can be quite tricky. This is especially true in Thailand because some of the ladyboys actually look like a woman. The average tourist can have a very hard time trying to figure out whether they are looking at a ladyboy. I have known a few guys that actually went home with one and found out the hard way. If you want to be certain then check the list below. If you find the “girl” has many of the factors below than you can be sure it is a ladyboy you are dealing with.

Voice One of the easiest ways to identify a ladyboy is to hear her speak. Usually they have deeper voices than women. If you pay attention you will easily be able to tell. Some real women do have a deeper voice, but this is not common. It can be harder to hear them properly in a bar or nightclub. So if you are in a noisy place, pay extra attention to these things. In any case this is good way to notice if it’s a ladyboy.

And keep in mind that ladyboys try to purposely speak in a higher pitch (to replicate a females voice). As your listening you should be able to tell that something sounds “unatural”. If you pay attention you will notice this easily. Keep in mind that there are now medical procedures to change this, so it can be harder now to just tell by voice.

Height Most ladyboys are taller than females. This is especially obvious since they wear high heels, so they can’t really hide this. And this is one of the best ways to identify a ladyboy. Sure, some girls are tall too, but it is not that common. If you notice a girl who is taller than most others, it could a be a factor to consider.

Size of Adam’s Apple Check the size of the Adam’s Apple. This is the bone that protrudes from the front of the neck. In males it is very obvious. In females it is barely noticeable. If a girl has this feature then it is probably not a real girl.

Excessive Feminity Ladyboys will always do every female behavior excessively:

If you pay close attention you will notice that it looks very excessive. It can appear unnatural. When a real woman does these types of things it seems very natural. It is part of their DNA and genetic behavior. Once you notice this excess feminine behaviour you will easily be able to identify a ladyboy in Thailand.

Hands, Shoulders, Feet Men have bigger hands, shoulders and feet than females. And this is something that can’t really be changed with surgery since it is part of the bodies bone structure. Ladyboys will have long fingers and hands, wider shoulder to hip ratio, and longer feet. You will also notice that there bone structure is generally longer than a females. Look at this ladyboy’s shoulders: 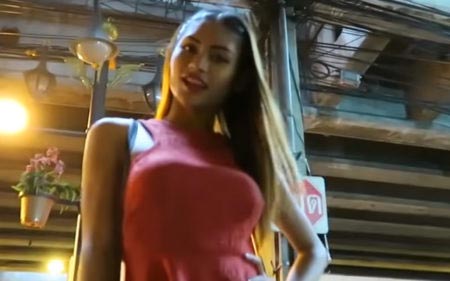 Looks a bit wide and manly to me. This is another solid way to identify them, especially if there are other factors that confirm this.

Exaggerated Feminine Hips There is surgery now to augment the hips to make the ladyboy have the hip structure of a female. What it does is give them a nice shape to the hips appearing more femimine. But to me this is a very easy way to identify a ladyboy since it looks so obvious, especially when they wear those tight mini skirts. It really stands out.

So for example, you will see a beautiful tall ladyboy in a tight skirt, with perfect hips. It will almost look too good to be true, like a model. And of course a model like that would not really be freelancing in the street, or being a massage girl. The point is that it will look obvious it is not natural.

You can meet a ladyboy several ways in Thailand. I will list them and give some more insights about each of them.

Normal Ladyboys in the Streets

You will find plenty of the ladyboy street freelancers in different areas of popular cities. Especially the cities known for a foreign oriented entertainment districts.

Pattaya: Walking Street, Beach Road (at night), Soi 6, Soi 7, Soi 8. Plus much more in around the main tourist areas. Some of them work as masseuses around 2nd Road.

Bangkok: Around the entrance of Nana Plaza, and all alone Soi 4. On Sukhumvit Road between Asoke to Soi 3.

Patong: In and around Soi Bangla, and some of the nightclubs around there. You can also find them as massage ladyboys in the massage shops in Patong. Keep in mind that you will also see them in the other popular cities like Chiang Mai, Hua Hin, Udon Thani, and the Islands. Especially in the foreign oriented areas. Another point to consider is that you can find ladyboys online, who are looking to meet foreigners. Check out my online guide to see how to meet girls and ladyboys.

Just like Thailand’s Bar girls, you will also find plenty of Ladyboys in the ladyboy beer bars and go go bars. So if that is how you would like to meet just know that there are plenty of options available, especially in the popular cities. There are dedicated places for them. And usually the whole bar will be ladyboys, it is not common to have ladyboys and normal girls working together. It can happen though so just ask the manager or waitress and they will tell you. 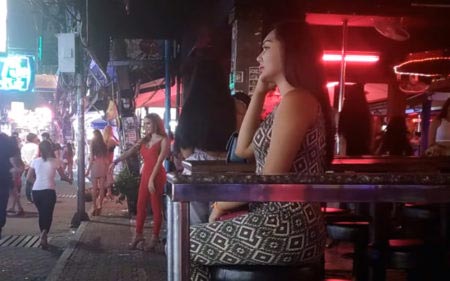 Once you start becoming more familiar with Thailand you will quickly see that Ladyboys in the small massage clinics. They give you Thai body traditional massages. It is the same thing that you would expect with normal massage women but with a ladyboy. Again, some places have mixed ladyboys working with the other women, but it is not common. Most massage places are only women. So just ask them if you are concerned about this.

As briefly mentioned before, you can easily meet a nice ladyboy in Thailand using the online dating sites. They are listed just the same way as “normal” girls, and you can easily view their profile and chat with them. For more info on that check out the online guide to meet ladies in Thailand. 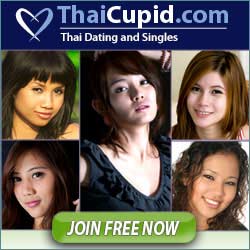